The Nameless City, Nyarlathotep, The Festival 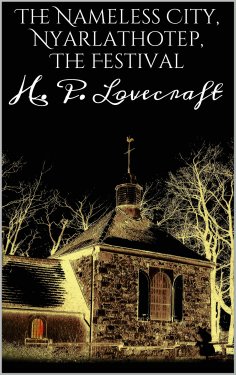 I was far from home, and the spell of the eastern sea was upon me. In the twilight I heard it pounding on the rocks, and I knew it lay just over the hill where the twisting willows writhed against the clearing sky and the first stars of evening. And because my fathers had called me to the old town beyond, I pushed on through the shallow, new-fallen snow along the road that soared lonely up to where Aldebaran twinkled among the trees; on toward the very ancient town I had never seen but often dreamed of.
It was the Yuletide, that men call Christmas though they know in their hearts it is older than Bethlehem and Babylon, older than Memphis and mankind. It was the Yuletide, and I had come at last to the ancient sea town where my people had dwelt and kept festival in the elder time when festival was forbidden; where also they had commanded their sons to keep festival once every century, that the memory of primal secrets might not be forgotten.