With the Night Mail 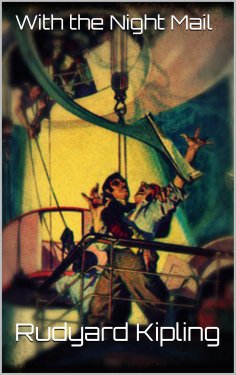 At nine o'clock of a gusty winter night I stood on the lower stages of one of the G. P. O. outward mail towers. My purpose was a run to Quebec in "Postal Packet 162 or such other as may be appointed"; and the Postmaster-General himself countersigned the order. This talisman opened all doors, even those in the despatching-caisson at the foot of the tower, where they were delivering the sorted Continental mail. The bags lay packed close as herrings in the long gray under-bodies which our G. P. O. still calls "coaches." Five such coaches were filled as I watched, and were shot up the guides to be locked on to their waiting packets three hundred feet nearer the stars.