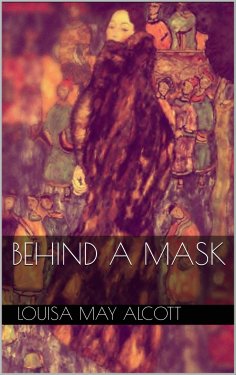 "Has she come?"
"No, Mamma, not yet."
"I wish it were well over. The thought of it worries and excites me. A cushion for my back, Bella."
And poor, peevish Mrs. Coventry sank into an easy chair with a nervous sigh and the air of a martyr, while her pretty daughter hovered about her with affectionate solicitude.
"Who are they talking of, Lucia?" asked the languid young man lounging on a couch near his cousin, who bent over her tapestry work with a happy smile on her usually haughty face.
"The new governess, Miss Muir. Shall I tell you about her?"
"No, thank you. I have an inveterate aversion to the whole tribe. I've often thanked heaven that I had but one sister, and she a spoiled child, so that I have escaped the infliction of a governess so long."
"How will you bear it now?" asked Lucia.
"Leave the house while she is in it."
"No, you won't. You're too lazy, Gerald," called out a younger and more energetic man, from the recess where he stood teasing his dogs.
"I'll give her a three days' trial; if she proves endurable I shall not disturb myself; if, as I am sure, she is a bore, I'm off anywhere, anywhere out of her way."