Address To the Christian Nobility of the German Nation 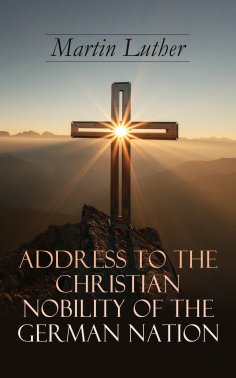 Address to the Christian Nobility of the German Nation is one of the tracts written by Martin Luther in 1520. In this work, he defined for the first time the signature doctrines of the priesthood of all believers and the two kingdoms. After the church made a strong attempt at drawing distinct lines on saying who had authority in the spiritual sphere and its matters. This division of Christians into spheres motivated Luther to write on the "three walls" the "Romanists" created to protect themselves from reform:
"Spiritual Power over Temporal" – The first wall of the "Romanists" that Luther criticized was that of the division of the spiritual and temporal state.
"Authority to Interpret Scripture" – In the second part of the letter to the Christian nobility of the German nation, Luther debates the point that it is the Pope's sole authority to interpret, or confirm interpretation of, scriptures
"Authority to Call a Council" – The final part to Luther's letter is the largest demonstration of his desire to see authority in control over the spiritual sphere shift to the temporal sphere.