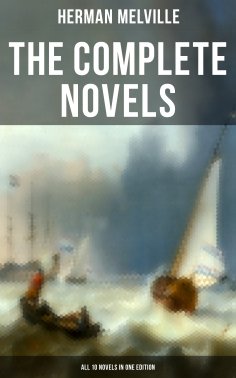 Musaicum Books presents to you this carefully created volume of "The Complete Novels of Herman Melville - All 10 Novels in One Edition". This ebook has been designed and formatted to the highest digital standards and adjusted for readability on all devices.
Herman Melville (1819-1891) was an American novelist, short story writer, and poet of the American Renaissance period. His writing draws on his experience at sea as a common sailor, exploration of literature and philosophy, and engagement in the contradictions of American society in a period of rapid change. His best known works include Typee, an account of his experiences in Polynesian life, its sequel Omoo, and his whaling novel Moby-Dick.
Content:
Novels
Typee: A Peep at Polynesian Life
Omoo: A Narrative of Adventures in the South Seas
Mardi, and a Voyage Thither
Redburn: His First Voyage
White-Jacket; or, The World in a Man-of-War
Moby-Dick; or, The Whale
Pierre; or, The Ambiguities
Israel Potter: His Fifty Years of Exile
The Confidence-Man: His Masquerade
Billy Budd, Sailor (An Inside Narrative)
Criticism
Herman Melville's Moby Dick by D.H. Lawrence
Herman Melville's Typee and Omoo by D.H. Lawrence