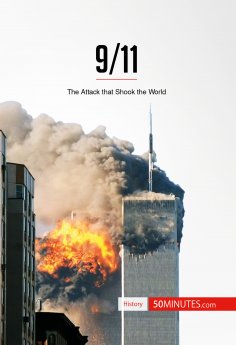 <b>Keen to learn but short on time? Get to grips with the events of 9/11 in next to no time with this concise guide.</b>

50Minutes.com provides a clear and engaging analysis of 9/11. At 8.46am on the morning of September 11th 2001, the first hijacked plane hit the World Trade Center’s North Tower. The hours that followed were filled with more attacks and desperate attempts to save the people trapped in towers as well as those injured at the Pentagon. Almost 3000 people died that day; the 9/11 attacks were the worst terror attacks on US soil in history and changed America forever. It triggered the war in Afghanistan and a ten-year manhunt for Osama bin Laden, but it has also been the subject of much controversy and many conspiracy theories.