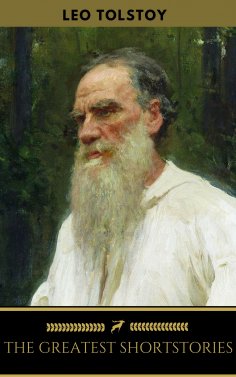 The Russian novelist and moral philosopher Leo Tolstoy (1828-1910) ranks as one of the world's great writers, and his "War and Peace” has been called the greatest novel ever written. The purpose of all true creative art, he believed, is to teach. But the message in all his stories is presented with such humour that the reader hardly realises that it is strongly didactic.

The seven parts into which this book is divided include the best known Tolstoy stories. "God Sees the Truth, but Waits” and "A Prisoner in the Caucasus” which Tolstoy himself considered as his best; "How Much Land Does a Man Need?” depicting the greed of a peasant for land; the most brilliantly told parable, "Ivan the Fool” – these are all contained in this volume.

The Godson
The Empty Drum
How Much Land does a Man Need?
The Repentant Sinner
The Three Hermits
A Grain as Big as a Hen's Egg
The Imp and the Crust
Too Dear!
The Coffee-House of Surat
The Prisoner of the Caucasus
The Bear-Hunt
God Sees the Truth, but Waits
Ivan The Fool
Work, Death and Sickness
Esarhaddon, King of Assyria
Three Questions
Ilyás
Evil Allures, but Good Endures
Little Girls Wiser than Men
A Spark Neglected Burns the House
Two Old Men
Where Love is, God is
What Men Live by