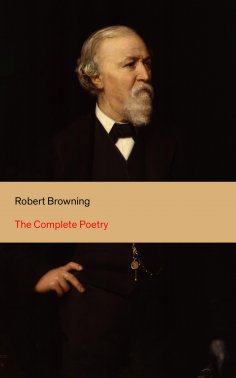 This carefully crafted ebook: "The Complete Poetry" is formatted for your eReader with a functional and detailed table of contents. The Ring and the Book is a long dramatic narrative poem, and, more specifically, a verse novel, of 21,000 lines. The book tells the story of a murder trial in Rome in 1698, whereby an impoverished nobleman, Count Guido Franceschini, is found guilty of the murders of his young wife Pompilia Comparini and her parents, having suspected his wife was having an affair with a young cleric, Giuseppe Caponsacchi. Dramatis Personae is a poetry collection. The poems are dramatic, with a wide range of narrators. The narrator is usually in a situation that reveals to the reader some aspect of his personality. Dramatic Lyrics is a collection of English poems, entitled Bells and Pomegranates. It is most famous as the first appearance of Browning's poem The Pied Piper of Hamelin, but also contains several of the poet's other best-known pieces, including My Last Duchess, Soliloquy of the Spanish Cloister, Porphyria's Lover… Robert Browning (1812–1889) was an English poet and playwright whose mastery of dramatic verse, and in particular the dramatic monologue, made him one of the foremost Victorian poets. Table of Contents: Introduction: Robert Browning by G.K. Chesterton Collections of Poetry: Bells and Pomegranates No. III: Dramatic Lyrics Bells and Pomegranates No. VII: Dramatic Romances and Lyrics Pauline: A Fragment of a Confession Sordello Asolando Men and Women Dramatis Personae The Ring and the Book Balaustion's Adventure Prince Hohenstiel-Schwangau, Saviour of Society Fifine at the Fair Red Cotton Nightcap Country Aristophanes' Apology The Inn Album Pacchiarotto, and How He Worked in Distemper La Saisiaz and the Two Poets of Croisic Dramatic Idylls Dramatic Idylls: Second Series Christmas-Eve and Easter-Day Jocoseria Ferishtah's Fancies Parleyings with Certain People of Importance in Their Day