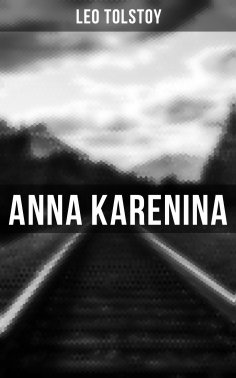 This eBook edition of "Anna Karenina" contains 2 renowned translations of the world classic. It has been formatted to the highest digital standards and adjusted for readability on all devices. Anna Karenina is the story of a married aristocrat/socialite and her affair with the affluent Count Vronsky. The story opens when she arrives in the midst of a family broken up by her brother's unbridled womanizing—something that prefigures her own later situation, though she would experience less tolerance by others. A bachelor, Vronsky is eager to marry her if she will agree to leave her husband Karenin, a senior government official, but she is vulnerable to the pressures of Russian social norms, the moral laws of the Russian Orthodox Church, her own insecurities, and Karenin's indecision. Although Vronsky and Anna go to Italy, where they can be together, they have trouble making friends. Back in Russia, she is shunned, becoming further isolated and anxious, while Vronsky pursues his social life... Widely considered a pinnacle in realist fiction, Tolstoy considered Anna Karenina his first real novel and Dostoevsky declared it to be "flawless as a work of art".His opinion was shared by Vladimir Nabokov, who especially admired "the flawless magic of Tolstoy's style", and by William Faulkner, who described the novel as "the best ever written". About the Maude translation: the translation by Aylmer Maude and Louise Shanks Maude is highly considered by scholars. This unabridged translation from the original Russian was originally published in 1918.The Maudes were classical translators of Leo Tolstoy who worked directly with the author and gained his personal endorsement. About the Garnett translation: Constance Garnett's translation of Anna Karenina is still among the best. Some scholars feel that her language is closer to the 19th-century sense of the original. Garnett translated seventy volumes of Russian prose for publication, including all of Dostoyevsky's novels.