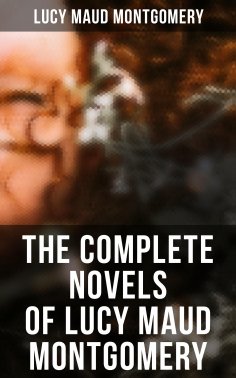 This unique collection of Lucy Maud Montgomery's complete novels has been designed and formatted to the highest digital standards. Anne of Green Gables Series Anne of Green Gables Anne of Avonlea Anne of the Island Anne of Windy Poplars Anne's House of Dreams Anne of Ingleside Rainbow Valley Rilla of Ingleside Emily Starr Trilogy Emily of New Moon Emily Climbs Emily's Quest The Story Girl Series The Story Girl The Golden Road Pat of Silver Bush Series Pat of Silver Bush Mistress Pat Other Novels Kilmeny of the Orchard The Blue Castle Magic for Marigold A Tangled Web Jane of Lantern Hill Letters & Autobiography Collected Letters The Alpine Path: The Story of My Career Lucy Maud Montgomery (1874-1942) was a Canadian author best known for a series of novels with Anne of Green Gables, an orphaned girl, mistakenly sent to a couple, who had intended to adopt a boy. Anne novels made Montgomery famous in her lifetime and gave her an international following. The first novel was followed by a series of sequels with Anne as the central character. Montgomery went on to publish 20 novels as well as 530 short stories, 500 poems, and 30 essays. Most of the novels were set in Prince Edward Island, and locations within Canada's smallest province became a literary landmark and popular tourist site.