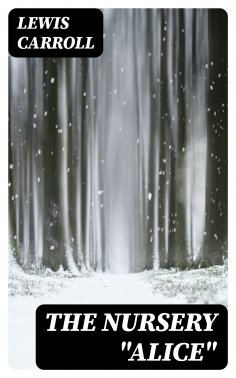 A seven-year-old girl named Alice gets bored and follows a white rabbit that runs past her. She follows it into a rabbit hole and falls a long way to an unusual hall with many locked doors of all sizes. After the fall, Alice finds herself in a fantasy world inhabited by strange creatures. The story follows Alice's adventures in the place and her interactions with the characters of Wonderland. The Nursery "Alice" is a shorter and simpler version of the classic story of Alice in Wonderland by Lewis Carroll. This creative retelling resembles a traditional children's book more closely. It's based more on wonder rather than confusion. Carroll wrote it as if the story was read aloud by someone conversing with the child listener. It contains many remarks by the writer, pointing out details in the illustrations and asking questions. The pictures from the original book were enlarged and colored to interest the children. With this unique writing style, Lewis Carroll kept the small children engaged and made them come back to read or listen to more of it.