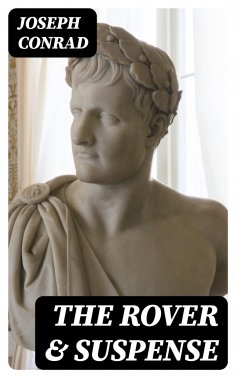 The Rover is a novel by Joseph Conrad, written between 1921 and 1922. It was first published in 1923. The story takes place in the south of France, against the backdrop of the French Revolution, Napoleon's rise to power, and the French-English rivalry in the Mediterranean._x000D_ Suspense: A Napoleonic Novel is the last novel of Joseph Conrad and was published in 1925._x000D_ Joseph Conrad (1857-1924), was a Polish author who wrote in English after settling in England. Conrad is regarded as one of the greatest novelists in English, though he did not speak the language fluently until he was in his twenties. He wrote stories and novels, often with a nautical setting, that depict trials of the human spirit in the midst of an indifferent universe. He was a master prose stylist who brought a distinctly non-English tragic sensibility into English literature._x000D_ Table of Contents:_x000D_ Novels_x000D_ The Rover (1923)_x000D_ Suspense: A Napoleonic Novel (1925)_x000D_ Memoirs & Letters_x000D_ A Personal Record; or Some Reminiscences_x000D_ The Mirror of the Sea_x000D_ Notes on Life & Letters_x000D_ Biography and Critical Essays_x000D_ Joseph Conrad (A Biography) by Hugh Walpole_x000D_ Joseph Conrad, A Personal Remembrance by Ford Madox Ford_x000D_ Joseph Conrad by John Albert Macy_x000D_ A Conrad Miscellany by John Albert Macy_x000D_ Joseph Conrad by Virginia Woolf