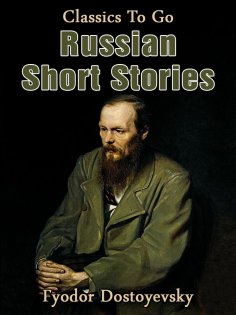 Fyodor Dostoyevsky worked as a journalist, publishing and editing several magazines of his own. He began to travel around western Europe and developed a gambling addiction, which led to financial hardship. For a time, he had to beg for money, but he eventually became one of the most widely read and highly regarded Russian writers. His books have been translated into more than 170 languages. Dostoyevsky influenced a multitude of writers and philosophers, from Anton Chekhov and Ernest Hemingway to Friedrich Nietzsche and Jean-Paul Sartre.
This is a collection of eleven of hist best short stories.
The Christmas Tree and the Wedding
The Grand Inquisitor
White Nights
Bobok
The Crocodile
The Dream of a Ridiculous Man
The Little Orphan
A Faint Heart
Polzunkov
A Little Hero
Mr. Prohartchin