The Eyes of Asia 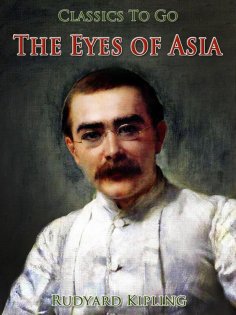 Joseph Rudyard Kipling, born 30 December 1865 – 18 January 1936 was an English short-story writer, poet, and novelist. He wrote tales and poems of British soldiers in India and stories for children. He was born in Bombay, in the Bombay Presidency of British India, and was taken by his family to England when he was five years old. “The Eyes of Asia” consists of four stories that read as letters home from soldiers from India and the North-West Frontier, which take place in 1915 and 1916. “A Retired Gentleman” and “The Fumes of the Heart” are both fictionalised letters written from the perspective of wounded Indian soldiers, a Rajput and a Sikh, to their families. The second is cast as a dictated letter from a Sikh soldier to his brother and has dramatic asides and digressions from the injured soldier punctuating the text. As for the remaining two stories, “The Private Account” is presented as a scene showing an Afghan family reading and responding to a letter from their son on the Western Front, and the final story, “A Trooper of Horse”, takes the form of a letter from an unwounded Muslim soldier in France to his mother. (Excerpt from Wikipedia)