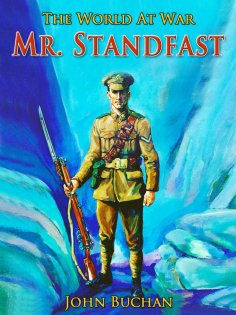 John Buchan, born 26 August 1875 – died 11 February 1940) was a Scottish novelist, historian and Unionist politician who served as Governor General of Canada, the 15th since Canadian Confederation. After a brief legal career Buchan simultaneously began both his writing career and his political and diplomatic career, serving as a private secretary to the colonial administrator of various colonies in Southern Africa. He eventually wrote propaganda for the British war effort in the First World War. “Mr Standfast” is the third of five Richard Hannay novels by John Buchan, first published in 1919. (Excerpt from Wikipedia)