The Shades of the Wilderness / A Story of Lee's Great Stand 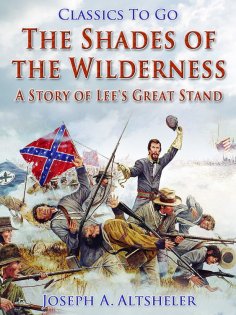 By Joseph A. Altsheler

Joseph Alexander Altsheler (April 29, 1862 – June 5, 1919) was an American newspaper reporter, editor and author of popular juvenile historical fiction. His seven series comprise a total of thirty-two novels, each containing an independent story. The entire French and Indian War Series is very well written and accurate in its details. The characters were well developed and it is an excellent series combining historical fact and adventure with good fiction as are all of Altsheler's War Series.