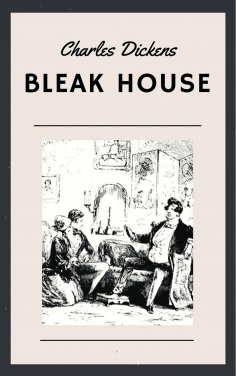 "It is not a large world. Relatively even to this world of ours, which has its limits too (as your Highness shall find when you have made the tour of it and are come to the brink of the void beyond), it is a very little speck. There is much good in it; there are many good and true people in it; it has its appointed place. But the evil of it is that it is a world wrapped up in too much jeweller's cotton and fine wool, and cannot hear the rushing of the larger worlds, and cannot see them as they circle round the sun. It is a deadened world, and its growth is sometimes unhealthy for want of air.“
Bleak House by Charles Dickens wins with its superb descriptive writing, subtle humour, and the exciting plot. At the centre of Bleak House is a long-running legal case in the Court of Chancery, Jarndyce and Jarndyce, which came about because a testator has written several conflicting wills. In a preface to the 1853 first edition, Dickens wrote there were many actual precedents for his fictional case.