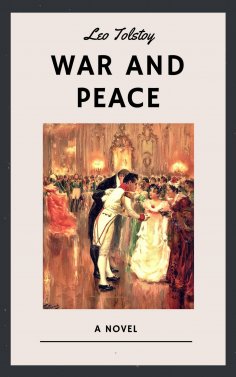 "Heavens! what a virulent attack!" replied the prince, not in the least disconcerted by this reception. He had just entered, wearing an embroidered court uniform, knee breeches, and shoes, and had stars on his breast and a serene expression on his flat face. He spoke in that refined French in which our grandfathers not only spoke but thought, and with the gentle, patronizing intonation natural to a man of importance who had grown old in society and at court. He went up to Anna Pávlovna, kissed her hand, presenting to her his bald, scented, and shining head, and complacently seated himself on the sofa.

"War and Peace" by Leo Tolstoy chronicles the history of the French invasion of Russia and the impact of the Napoleonic era on Tsarist society through the stories of five Russian aristocratic families. Tolstoy's novel spans the period 1805 to 1820. It was first published in 1869. "War and Peace" is a central work of world literature.