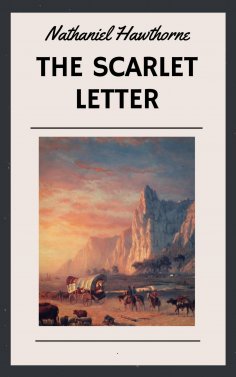 “Unless people are more than commonly disagreeable, it is my foolish habit to contract a kindness for them. The better part of my companion's character, if it have a better part, is that which usually comes uppermost in my regard, and forms the type whereby I recognise the man. As most of these old Custom-House officers had good traits, and as my position in reference to them, being paternal and protective, was favourable to the growth of friendly sentiments, I soon grew to like them all. It was pleasant in the summer forenoons—when the fervent heat, that almost liquefied the rest of the human family, merely communicated a genial warmth to their half torpid systems—it was pleasant to hear them chatting in the back entry, a row of them all tipped against the wall, as usual; while the frozen witticisms of past generations were thawed out, and came bubbling with laughter from their lips.”

“The Scarlet Letter” tells the story of Hester Prynne, who conceives a daughter through an affair and struggles to create a new life of repentance and dignity in a puritan environment. It is Nathaniel Hawthorne’s most successful novel. “The Scarlet Letter” was first published in 1850.

Nathaniel Hawthorne (1804–1864) was an American novelist and short story writer.