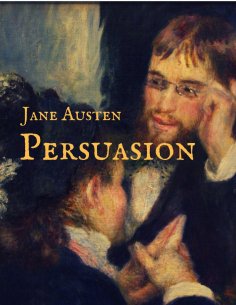 "Vanity was the beginning and the end of Sir Walter Elliot's character; vanity of person and of situation. He had been remarkably handsome in his youth; and, at fifty-four, was still a very fine man. Few women could think more of their personal appearance than he did, nor could the valet of any new made lord be more delighted with the place he held in society. He considered the blessing of beauty as inferior only to the blessing of a baronetcy; and the Sir Walter Elliot, who united these gifts, was the constant object of his warmest respect and devotion. His good looks and his rank had one fair claim on his attachment; since to them he must have owed a wife of very superior character to any thing deserved by his own. Lady Elliot had been an excellent woman, sensible and amiable; whose judgement and conduct, if they might be pardoned the youthful infatuation which made her Lady Elliot, had never required indulgence afterwards.--She had humoured, or softened, or concealed his failings, and promoted his real respectability for seventeen years; and though not the very happiest being in the world herself, had found enough in her duties, her friends, and her children, to attach her to life, and make it no matter of indifference to her when she was called on to quit them."