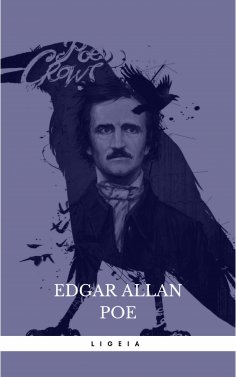 "Ligeia" (/laɪˈdʒiːə/) is an early short story by American writer Edgar Allan Poe, first published in 1838. The story follows an unnamed narrator and his wife Ligeia, a beautiful and intelligent raven-haired woman. She falls ill, composes "The Conqueror Worm", and quotes lines attributed to Joseph Glanvill (which suggest that life is sustainable only through willpower) shortly before dying. After her death, the narrator marries the Lady Rowena. Rowena becomes ill and she dies as well. The distraught narrator stays with her body overnight and watches as Rowena slowly comes back from the dead – though she has transformed into Ligeia. The story may be the narrator's opium-induced hallucination and there is debate whether the story was a satire. After the story's first publication in The American Museum, it was heavily revised and reprinted throughout Poe's life.