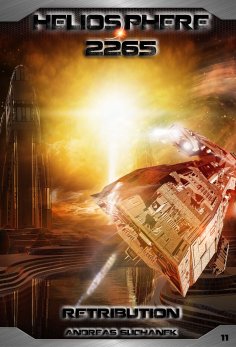 Thanks to a daring mission, the rebels on Terra have been freed. But nobody realizes this was all part of the Emperor's plan. And so it comes as a shock when "Project Retribution" strikes the Alzir system! Although Santana Pendergast acts immediately, the number of victims is great. Can the rebels avoid their doom?
Meanwhile, the HYPERION continues its latest mission. On CORE I, Captain Cross hopes to find the answers he needs to solve the mystery surrounding Stark, Sarah McCall and the many machinations of the past. But the interlink cruiser is already expected as it reaches its destination.