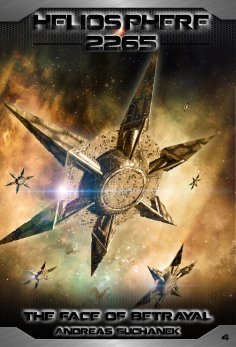 Bombings and assassinations rock the Solar Union. President Ione Kartess is forced to look on helplessly as Michalev flexes his might. Unaware that he is walking into a trap, Michalev prepares to seize power.
As the HYPERION continues its journey to Earth, Alpha 365 sets in motion a cunning plan to ensnare the traitor once and for all.

This is the fourth Volume of Heliosphere 2265.
The series is available in e-book (monthly) and print (bi-monthly) editions.