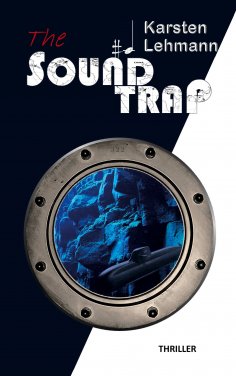 2027: Various groups show interest in an ancient artifact that disappeared in Tibet during the Second World War. According to legend, it was a tool of the gods who ruled the earth long ago.

Along the New Silk Road, conflicts have increased since many countries became economically dependent on the Middle Kingdom. At the same time, it is difficult for the Chinese authorities to declare that Western democracies failed while resistance at home is growing. New methods are needed to give ideological orientation.

The American Navy recruits Brian Wilson. He is sent to a German naval unit as a trained medium and computer linguist. It soon becomes clear that his assignment is about myths from ancient Asian texts.

Karsten Lehmann, born in 1965 in Dresden, studied mechanical engineering and later went into software development. In his books, he travels through time and into the frontiers of science to follow the traces of ancient civilizations. In doing so, he clarifies how digitization is changing lives and behaviors. Lehmann confronts us with the targeted manipulation of our psyche in everyday life.
Since the 1980s, the author has been studying early human history and ancient building structures. Like other contemporaries, he came across a paradox. Some of the oldest cultural legacies seem more perfect than recent ones. The search for the secrets of this prehistoric era also runs through his adventurous stories. It is fascinating to see what is still waiting to be discovered. But Lehmann has already found one thing: enough adventures for his novel characters.