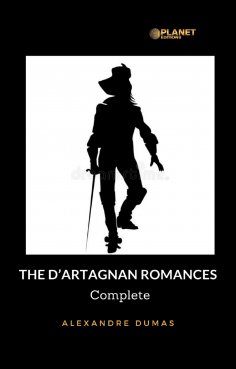 The D'Artagnan Romances are a set of three novels by Alexandre Dumas. There are 6 books here because 'The Vicomte de Bragelonne', was split into 4 separate novels: 'The Vicomte de Bragelonne', 'Ten Years Later', 'Louise de la Vallière' and, 'The Man in the Iron Mask'. The series tells the story of the 17th-century musketeer d'Artagnan. Dumas based the character and attributes of his character d'Artagnan, on real life French musketeer, Charles de Batz-Castelmore d'Artagnan.