Can You Forgive Her? 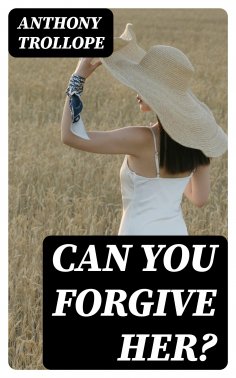 The novel follows three parallel stories of courtship and marriage and the decisions of three women: Alice Vavasor, her cousin Glencora Palliser, and her aunt Arabella Greenow. Alice Vavasor, a young woman of twenty-four, is engaged to the wealthy, respectable, dependable if unambitious and bland, John Grey. She had previously been engaged to her cousin George, but she broke it off after he went through a wild period. A second story involves the comic rivalry between the wealthy farmer Cheesacre and the pauper soldier Captain Bellfield for the affections (and substantial inheritance) of the widow Mrs Greenow. The third story deals with the marriage of the extremely rich Plantagenet Palliser to the even wealthier heiress, Lady Glencora M'Cluskie. They are not very well suited. He is a stiff-necked, hardworking politician in line to be Chancellor of the Exchequer, while she has a lively, fun-loving personality and a well-developed sense of humour. Early on, Alice asks the question "What should a woman do with her life?" This theme repeats itself in the dilemmas faced by the other women in the novel._x000D_ _x000D_ _x000D_ _x000D_