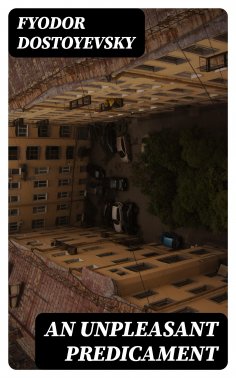 An Unpleasant Predicament, also translated as "A Nasty Story" is a satirical story by Fyodor Dostoyevsky concerning the escapades of a Russian civil servant. After drinking a bit too much with two fellow civil servants, the protagonist, Ivan Ilyich Pralinsky, expounds on his desire to embrace a philosophy based on kindness to those in lower status social positions. After leaving the initial gathering, Ivan happens upon the wedding celebration of one of his subordinates. He decides to put his philosophy into action, and so crashes the party. Fyodor Dostoyevsky (1821–1881) was a Russian novelist, short story writer, essayist, journalist and philosopher. His literary works explore human psychology in the troubled political, social, and spiritual atmosphere of 19th-century Russia. Many of his works contain a strong emphasis on Christianity, and its message of absolute love, forgiveness and charity, explored within the realm of the individual, confronted with all of life's hardships and beauty. His major works include Crime and Punishment (1866), The Idiot (1869), Demons (1872) and The Brothers Karamazov (1880). Many literary critics rate him as one of the greatest and most prominent psychologists in world literature.