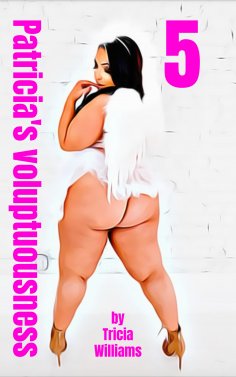 He was excited, he couldn't deny it. He never thought that she would give in and agree to meet him. They had known each other for a good two years now via chat and occasionally even via webcam connection. Immediately came the highway exit, now it was only a few minutes drive and he would ring at her door. He liked her, visually and also her manner appealed to him very much. She understood it excellently, to lure him first, to make him really hot in the chats, to let him then also immediately again rebuff.

If he came to her with a proposal to come to her home, even called her an appointment, then she immediately became very cool and ended the conversation at best. Depending on her mood, she often wrote to him that she did not want any more contact with him. Often he had been very annoyed by her reactions, about her, about her arrogant manner, but even more about himself, that he made himself a fool for a woman he didn't really know, a plaything of her moods.

But it was also clear to him that she, even if perhaps unconsciously, was really stirring up his hunting instinct again and again through precisely these escapades. He wanted her and he would get her. It was all just a matter of time, he just had to be patient - and he had that at his age, he was very honest with himself. Yes, and today was the day when he was actually invited to her home. He still could not believe it. For a short time he was afraid that she might have loaded him, but no, she was not like that, she was already a love and honest and sincere in nature. He trusted his knowledge of human nature absolutely.