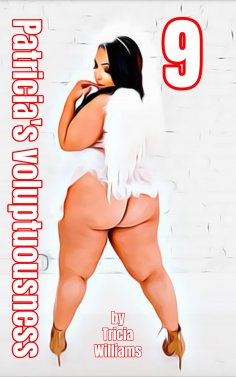 Cordula was not stupid. People who were both my friends and hers were considered stupid. And in Cordula's place I would have doubted whether people she considered stupid were real friends. No, Cordula was not stupid, Cordula was at most naive. Maybe too naive. And it seemed to my friends a mischievous desire to tell her the strangest truths, because Cordula tended to believe these dubious truths without the slightest appearance of suspicion.

I knew Martina's friend only by hearsay, and I was amazed at the impartiality with which she took the most impossible stories at face value. I think it was not right that Martina and Konrad constantly told her some nonsense, amused themselves about it and left poor Cordula alone in her irritated emotional world.

Thanks to our mutual friends, Cordula was under the mistaken impression that I had the luxury of two girlfriends and that both ladies, thanks to my unbeatably perfect time management, didn't have a clue about each other. They described me as a sly bon vivant. I was a charmer, a gourmet, who understood as much about good wine and good food as I did about the conquest of beautiful women, whom I made so happy with my magnificent stallion's tail in night-long libidinous excesses, that as a woman one could really experience no more perfect satisfaction than to have gotten to know me.

Even Cordula would have almost doubted this impressive description, had Martina not sworn high and holy that she had tried it herself. With a transfigured look directed towards the ceiling, she is said to have given credible emphasis to what she had said and to have raved pathetically about that exhausting and pleasant feeling of total devotion and absolute satisfaction which she had been allowed to experience through me. Once again, Cordula had succumbed to a touch of doubt, completely against her conviction, but Konrad had confirmed with a grin: "I was there." He nodded his head in confirmation.