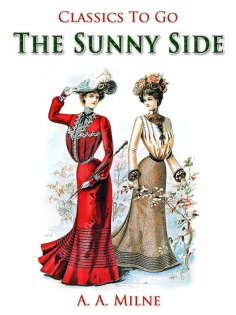 Alan Alexander Milne, (18 January 1882 – 31 January 1956) was an English author, best known for his books about the teddy bear Winnie-the-Pooh and for various children's poems. “The Sunny Side” is a collection of short stories and essays by A. A. Milne. Though Milne is best known for his classic children's books, he also wrote extensively for adults, most notably in Punch, to which he was a contributor and later Assistant Editor. The Sunny Side collects his columns for Punch, which include poems, essays and short stories, from 1912 to 1920. (Excerpt from Wikipedia)