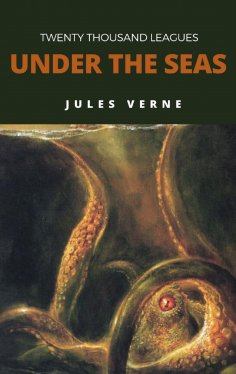 This is the 6th book in the Extraordinary Voyages Series. 20,000 Leagues Under the Sea tells the story of Professor Aronnax, Ned Land and Conseil as they get taken captive by the fearsome Captain Nemo aboard the Nautilus. There, they are taken on an undersea adventure which they really enjoy, but still kind of resent being held virtual prisoners by Nemo. The 20,000 Leagues in the title refers not to the depth but to the distance they travel, even going as far as the South Pole. An enjoyable romp under the oceans.