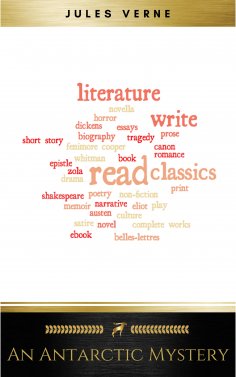 A sequel to Edgar Allan Poe's The Narrative of A. Gordon Pym.

Verne is generally considered a major literary author in France and most of Europe, where he has had a wide influence on the literary avant-garde and on surrealism. His reputation is markedly different in Anglophone regions, where he has often been labeled a writer of genre fiction or children's books, largely because of the highly abridged and altered translations in which his novels have often been printed.