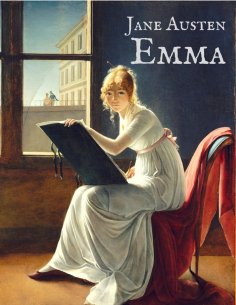 “Emma Woodhouse, handsome, clever, and rich, with a comfortable home and happy disposition, seemed to unite some of the best blessings of existence; and had lived nearly twenty-one years in the world with very little to distress or vex her.
She was the youngest of the two daughters of a most affectionate, indulgent father; and had, in consequence of her sister's marriage, been mistress of his house from a very early period. Her mother had died too long ago for her to have more than an indistinct remembrance of her caresses; and her place had been supplied by an excellent woman as governess, who had fallen little short of a mother in affection.”
“Emma” by Jane Austen was first published in 1815. Austen explores the concerns and difficulties of genteel women living in Georgian–Regency England. “Emma” has been adapted several times for film, television, and stage.