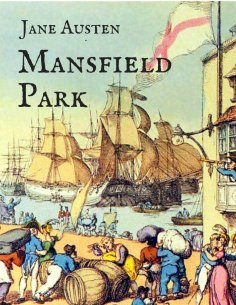 “About thirty years ago Miss Maria Ward, of Huntingdon, with only seven thousand pounds, had the good luck to captivate Sir Thomas Bertram, of Mansfield Park, in the county of Northampton, and to be thereby raised to the rank of a baronet's lady, with all the comforts and consequences of an handsome house and large income. All Huntingdon exclaimed on the greatness of the match, and her uncle, the lawyer, himself, allowed her to be at least three thousand pounds short of any equitable claim to it. She had two sisters to be benefited by her elevation; and such of their acquaintance as thought Miss Ward and Miss Frances quite as handsome as Miss Maria, did not scruple to predict their marrying with almost equal advantage. But there certainly are not so many men of large fortune in the world as there are pretty women to deserve them.”

“Mansfield Park” by Jane Austen was first published in 1814. The story of Fanny Price is probably Jane Austens’s most controversial novel.