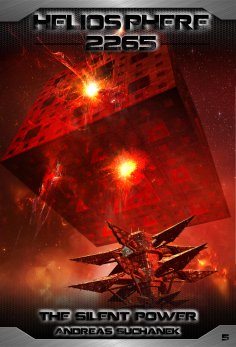 The traitor has been unmasked at last. But the purpose of her mission on board the HYPERION is still shrouded in mystery. When a space station on the periphery of the Silent Sector
registers a spike in fractal energy, the Space Navy is called in to investigate ...

This is the fifth Volume of Heliosphere 2265.
The series is available in e-book (monthly) and print (bi-monthly) editions.